A not so friendly infectious monster was next on our kill list. Filled with plague and disease Vectis hovers about the place but whatever you do, do not mention Hakkar. The fight boils down to carefully controlling the spreading of a debuff that jumps to the nearest player upon running out. This debuff leaves a permanent stack behind which amplifies the nature damage you take. Having people on really high stacks causes them to fall over when the boss pulses for said nature damage. A very stand still fight with the odd intermission to soak some plague bomb zones. After our initial hiccup we made quick work of Vectis. 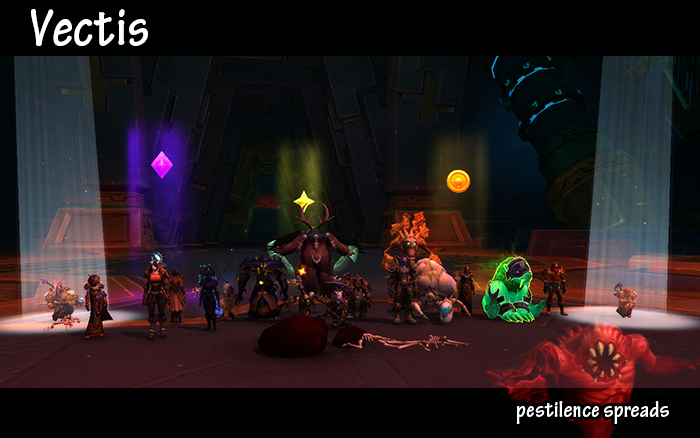