The jadefire masters is quite an interesting fight. A monk and mage are fought at the same time whereas the monk needs to be on a lower health than the mage at all times. Along the way we have to deal with monk and mage blinks as well as summoned tigers and acme magma traps. Gaining energy throughout the fight the duo of bitterness conjure living bombs with lasers albeit blind ones. A maze of amazement and wonder and finally as their pièce de résistance animalities in the form of a jade fire serpent and a flamey phoenix. Once we managed to reach the animal form stage and didn't lose half the raid to whack-a-mole mini-games we managed to secure our kill 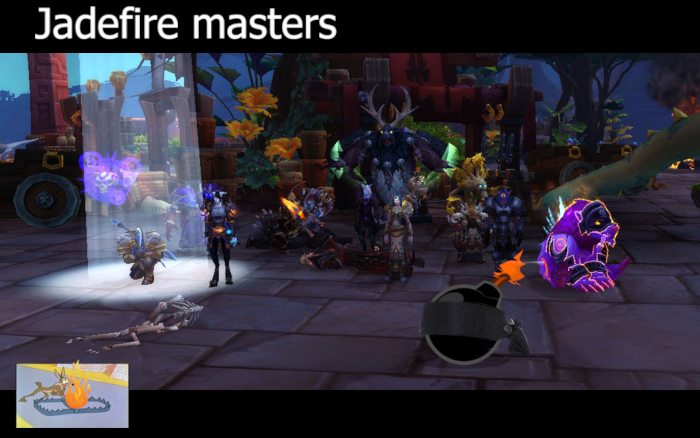