Rastakhan proved not to be a huge hurdle. While the fight consists of many phases, 4 in total, you go through them relatively quick. Avoiding toads and serpent totems in phase 1 is the real challenge until all adds are killed. Phase 2 is like still water and very dull if the positioning is done correctly and the MC totems are killed in time. Phase 3 kicks things in overdrive where half of the raid is in the death realm fighting off Bwonsamdi's wish to keep spamming the same player with caress of death. The living realm contends with phantom adds which due limited personnel we eventually opted to mostly CC. After getting through phase 3 without major hiccups we found ourselves in phase 4 at which point the fight mostly revolves around dodging watermelons. We get the impression Bwonsamdi secretly wanted to be rid of Rastakhan as he didn't give as much opposition as expected. 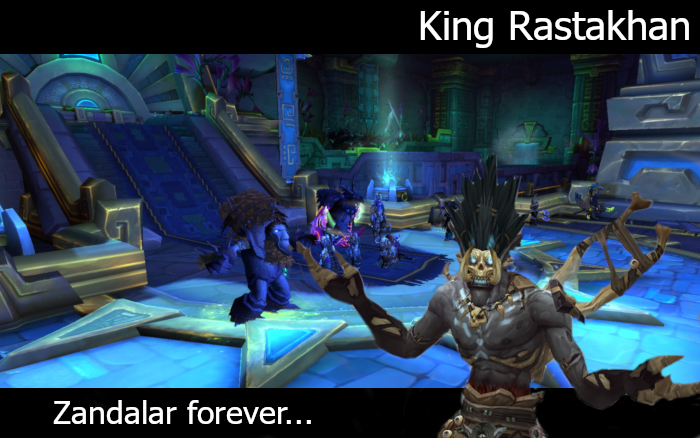