The first boss in the eternal palace is Abyssal Commander Sivara whom we last met in nazjatar. A layering of mechanics that all have to do with your current debuff. Poison and frost or green and blue. After initially being overwhelmed with unstable mixtures this was soon handled more carefully at which point the fight went along nicely. The occasional ill placed pool of frost or poison caused some positioning issues but we managed to overcome and take out Sivara without any major difficulties 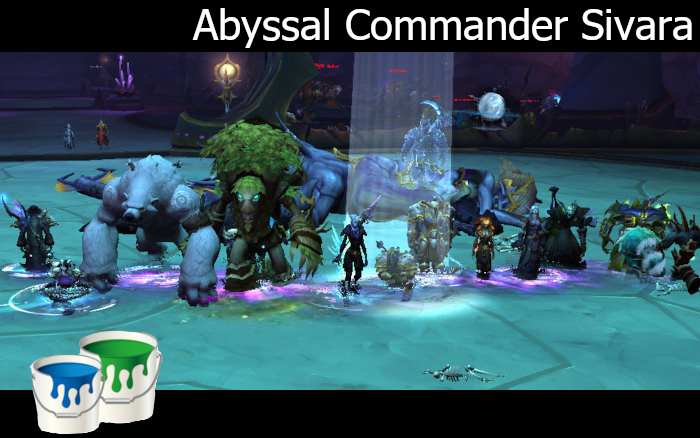