Orgozoa a octopus/jellyfish/deepsea monster thing. Positioning wise with the incubation fluid debuff mechanic the fight is quite similar to Tichondrius in the nighthold. Not getting crushed by dribbling ichor cave ins and aptly swapping to the adds whether those are zoatroids or naga is the bread and butter of the fight. While we were expecting issues having to deal with zoatroids in phase 2 aside from the naga we managed to show that orgozoa is not that scary as it died in a one-shot. Not quite what we were expecting after spending the time we did on Ashvane. 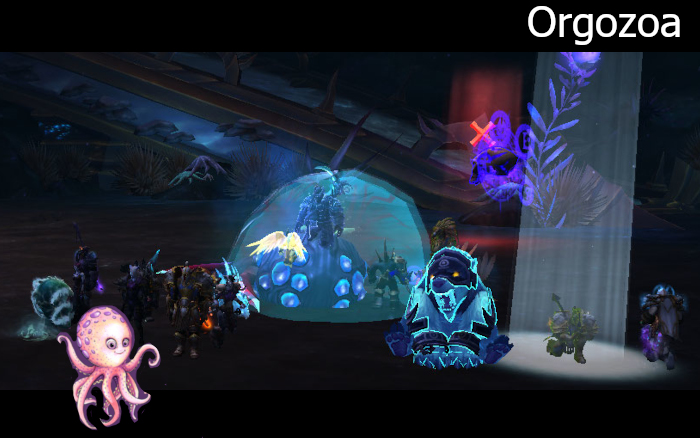