As the first boss in Ny'alotha the Waking City we faced ....Wrathion?? Didn't he help us to actually fight N'zoth and his black empire. As the typical dragon themed bosses of vanilla this one breathes fire and smacks his tail also. A pretty docile fight as long as you move out of that fire pattern he hurls on the floor during his flight. Throw in some static stalagmites for us to dps and some stun crazed assassins during the intermissions and you have yourself a introductory boss. Soon after we killed Wrathion but what's this? an imposter and a grumpy real Wrathion who seems slightly disappointed in us. Doves need not to cry the black prince lives on to fight another day. 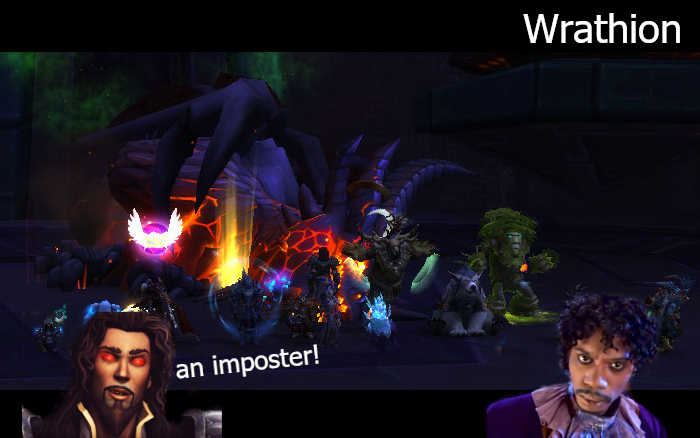