After the first 3 bosses the raid opens up and gives you plenty of free choice which boss to tackle next. We opted for Nzoth's puppy Shad'har. The fight mainly serves as a number check with relatively few mechanics. A tank combo breaker, some fixate adds and some soaking aside from the usual don't stand in bad stuff. The real hump in this fight seems to be the second half of the second phase. Once we were past that the final phase slowed right down again and Shad'har fell. 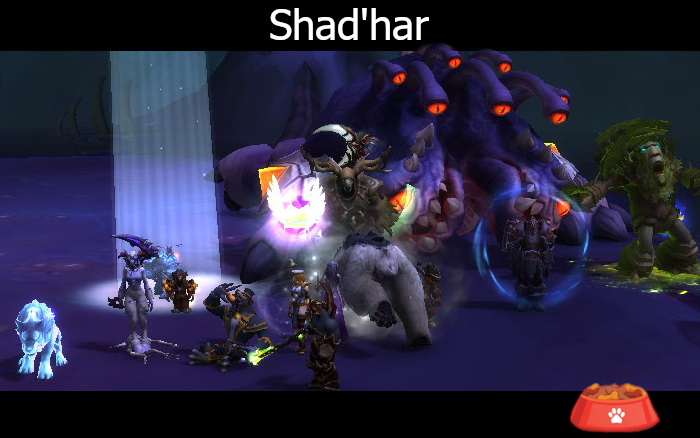