As we delved deeper into the eternal palace we were confronted with a N'raqi abberation named Za'qul. The fight consists of four phases where phases one, two and three basically are a crash course how to handle mechanics X, Y and Z. The tricky part comes from the long phase four as all of these mechanics are happening and need to be dealt with but in different realm phases. At prudent times assigned groups need to travel through portals into the correct realm and deal with a certain mechanic making sure they don't die in the process as all of our healers remain in the normal realm. Initially we struggled with the DPS check in order to push the boss into phase four. Our hysteria stacks from being in the fear realm were getting just too high for the healers to cope with. With some readjusting of cooldown usage (and eventually extra gear) we managed to get passed this hurdle and into phase four properly. Aside from gaining some experience with the last phase in terms of positioning and timing everything started to come together and soon after Za'qul was no more. 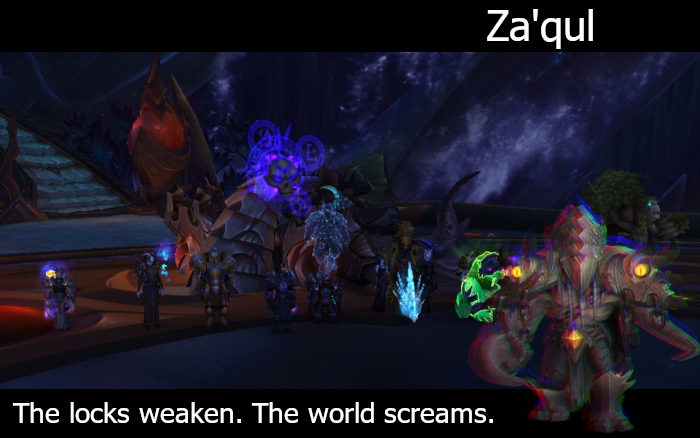