Maut was next on the menu, an obsidian destroyer. It has been a while since we saw these *cough* Ahn'Qiraj. The first fight in the raid that proved to be a step up from imposter Wrathion and Skitra. The fight itself revolves around limiting the amount of Mana Maut gains. This is achieved by spending as little time in the mana sucking void zones on the floor and killing adds quick and away from Maut. Any add that gets near Maut will very quickly be treated as a Jägerbomb amplifying Mauts damage output. During the intermission Maut is stationary encasing himself in a stone skin shield that we need to burst through. The problem herein lies that the shield reflects 100% of the damage back to the attacker. Sometimes DPS managed to blow themselves up and sometimes we held back too much. After some more practice we got the handle on it and we consistently pushed further into the fight. It didn't take much more and we finally cut Maut off from his mana supply. 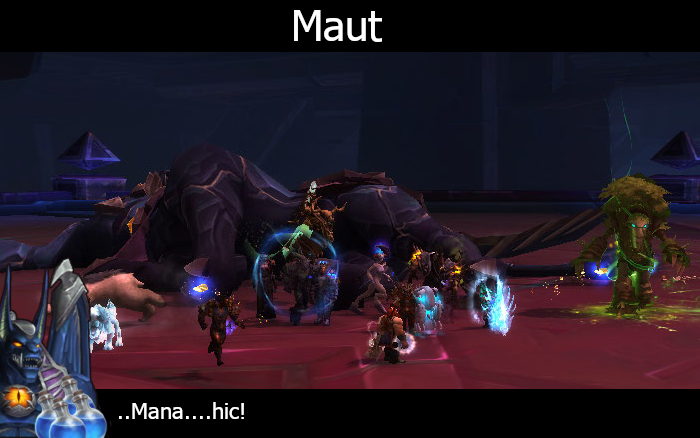