Next up on our kill list was Xanesh which felt eerie similar to Varimathras in terms of setting as poor Azshara was getting tortured much to the amusement of Xanesh and perhaps ourselves. The actual boss mechanics on this fight are quite docile as it merely involves a safety dance and moving away from an exploding version of yourself. The fight all comes down to playing football with 3 people. You headbutt the ball by moving into it guiding it from the spawn location to the goal without hitting the boss, the non football players, the obelisks, Azshara, the edges okay so yes basically it can't hit anything but the 3 players. Aside from being forced to rotate players and thus making sure everyone gets the time to practice the football mechanic the fight posed no real challenge. Out went Xanesh and in came ...Xal'atath... the plot thickens. 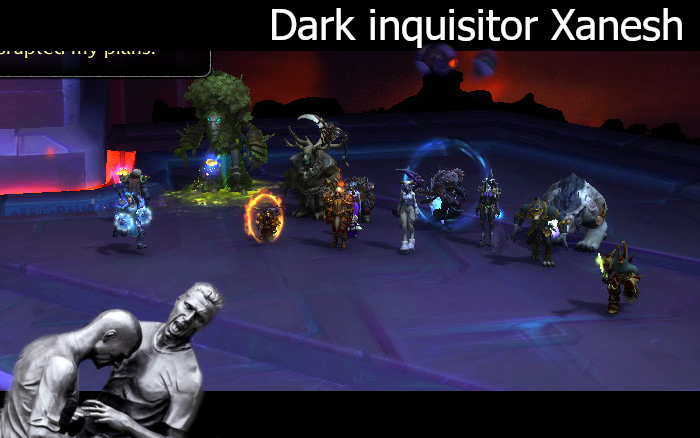