The only true tentacle boss of Nyalotha Drest'agath proudly bars your way with its more than annoying mechanics. At its core the fight is based around add waves which you need to keep in check while finding the time intermittently to damage the boss. That is sorta easier said than done in a smaller raid group as the room is huge and the adds spawn in a set pattern. The boss will heal up all damage done to him except for damage done to him by a player who is debuffed by void infused ichor. These debuffs are obtained by running over said ichor which is placed after an add dies around it and will exist only for a short while (thanks blizz for the clear visuals when it runs out). We struggled a lot in the beginning with the sheer distance and the los mechanic with only 2 healers and we either fell behind on add waves or the boss. After some more research we eventually handled the tank debuff more efficiently to aid with killing adds more quickly at that point things moved forward. Not long after we finally killed Drest but it remains a fight I don't look forward to as the limited amount of ichor available and the add spawn timings will always make you feel feast/famined and never in a natural pace. 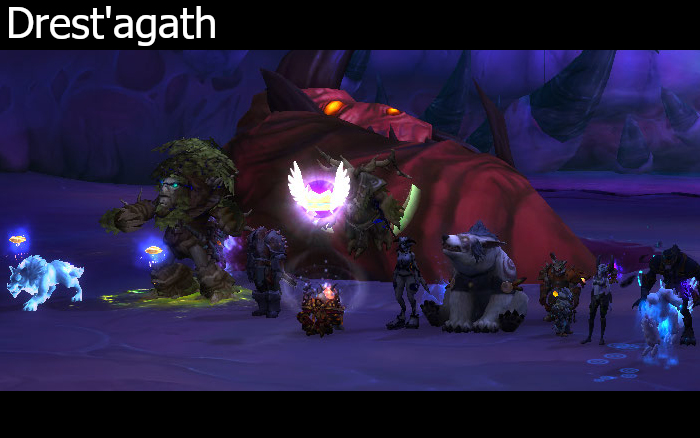