Vexiona fulfills the wishes of a screechy dragon boss. Another twilight brood dragon, Nefarian will be so proud. Dead, but proud. The fight revolves around debuff management and add control with a hectic final phase to top it off. As an extra mechanic tanks get to role-play dragonball z as they will kamehameha a big laser beam melting everyone's face of. After initially struggling with the damage intake which was mostly due to manhandled despairs and some repositioning we started making decent progress on the fight. We arrived at the final phase only to realize that it goes up to eleven as the damage intake with the void debuff on everyone started to ramp up rather quickly. Burning 40% HP from Vexiona did take a bit of time but in the end we managed to get through it and silence Vexiona once and for all. 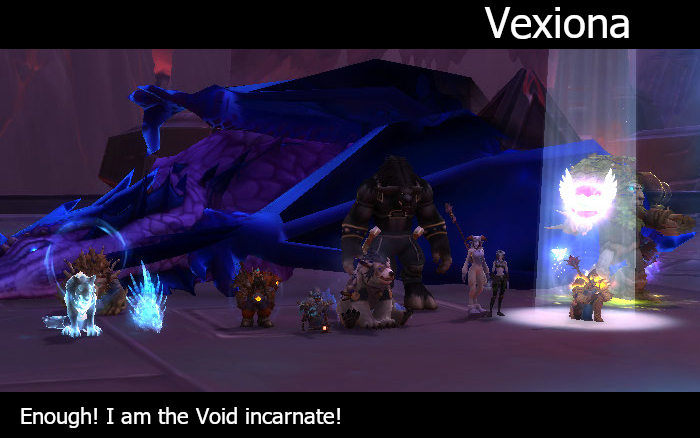