We find ourselves back at the entrance of the castle basically when we have to face Sludgefist. One of the many giant brutes found in Revendreth. This one is more brawn than brain as well and so the mechanics are relatively simplistic. Mainly functioning as a patchwork fight to determine whether you can push the appropriate numbers to venture further into the castle. With some sidestepping for falling debris cave-ins and dealing with a chained with a partner don't move further than 8yds apart mechanic you'd say it would be hard to kill yourself on this fight. We proved that theory to be wrong quite some times but in the end we got better and at least delayed deaths. Once Sludgefist was about to break pillar #4 and the proper heroism was used all hell broke lose to try and burn as much of his HP as possible. Sludgefist being near death kept on going and had one more hateful gaze in him and so of to Mudlumps room he went. As the brave few survivors of the impact noticed they weren't dead they mustered the last of their DPS to finish him off. 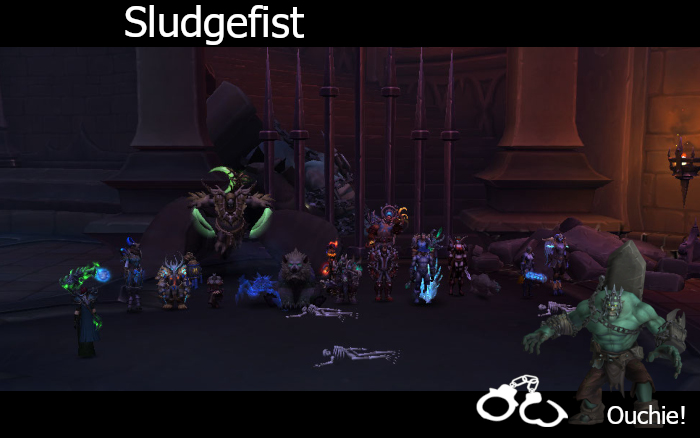