At the top of the castle we face the final boss of the raid, the ever gallant Sire Denathrius. Having 3 distinct phases we quickly grew bored with phase 1. As you get better at the fight phase 1 becomes more and more annoying like a waiting to board the plane gate. Phase 2 is where the real action happens as boss positioning becomes crucial and so becomes sidestepping a lot of abilities while keeping dps and hps at a high level. Having adds spawn at out of reach platform was a nice idea on paper but in practice becomes a bit of an issue is you run certain comps and or specs. Having gotten to grips with phase 2 killing the adds in time and not stepping into crescendo's and the lot we found ourselves in phase 3. It soon became apparent that we needed more coordination to deal with phase 3 properly so we did. After having drilled in the dance that is positioning in phase 3 Denathrius soon was no more. 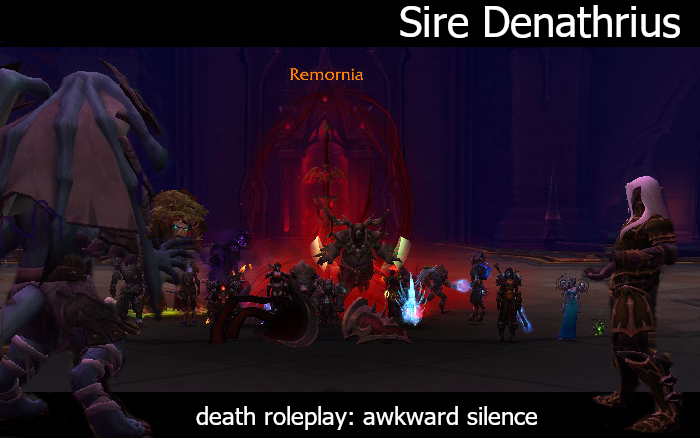