Eye of the Jailer

Eye of the Jailer

by Phaeton
The eye of the jailer secretly is not his eye at all, it's Havi's eye....sorry... Odyn. Odyn has had many mishaps in his life ordering the murder of the skovald family waves at Sigryn and conjuring too many damn balls during his boss fight to name a few. The lists doesn't end there as Odyn felt compelled to poke his eye out for Mueh'zala to have a gander into the shadowlands. And so Odyn's lone eye, given a decade or so of torment, magically became the eye of the jailer. A laser cutter beam with a jump twist and some paint dropping skills later we made quick work of that eye making it shut forever. 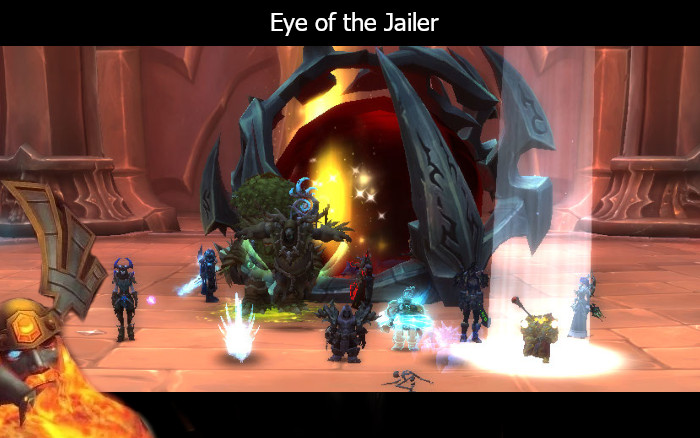