After the eye we find ourselves in a room of Sylvanas RP. Apparently here is where Sylvanas stashed her dead/undead posse of loyal fans. Valkyr ready to save Sylvanas from deader than dead time. The fight has us fight 2 Valkyr at the start until a 3rd comes in which takes it up a notch. The real crux of the fight was dealing with the clashing of certain mechanics which had raiders needing to spread and stack at the same time. Our good friend immunity was called in and stepped in to aid. That settled the healers play an important part in the fight as timely dispels at the correct time were crucial in avoiding untimely deaths. 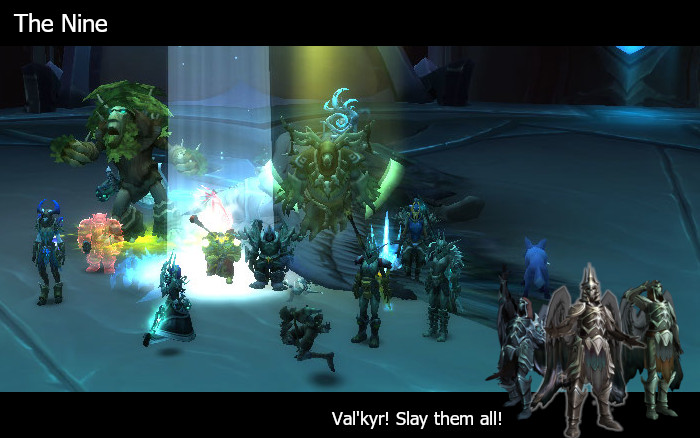