Ner'zhul once chieftain of the Shadowmoon clan and later Warchief of the horde of Draenor struck a deal with Kil'jaeden. That deal did not work out great for Ner'zhul as his body was swiftly killed and his spirit crammed into the helm of domination to become the first lich king. We fight the remainder of his soul in a weird game of don't stand in the bad while knockbacks throw your character across the room. The timing of these knockbacks through dispels is 99% of the fight and once we had that under controlled Ner'zhul was no more. Off to greener pastures with him to search for his wife, mankrik anyone?, I'd suggest starting in our garrison. 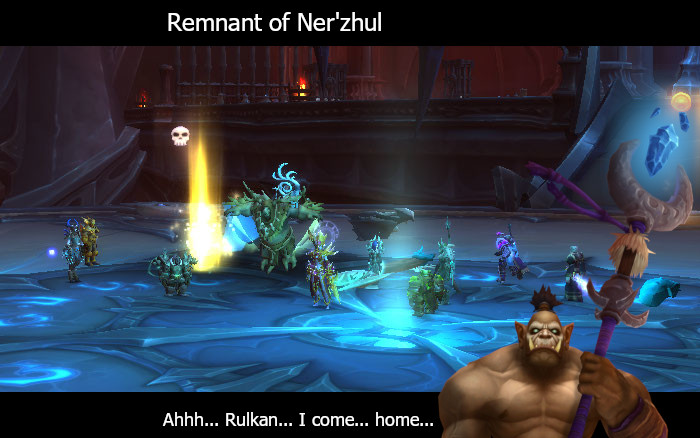