Next on our list was soulrender Dormazain who was appointed to be the token boss of old familiarity. Look and behold it is Garrosh, our favourite orc. Okay so clearly we needed to see some more familiar faces as Garrosh is strung up like a anima battery being tortured by Dormazain only to shout how he will never be a slave. The fight harkens back to Heigan the unclean and his original safety dance. This room is also sliced up into 4 zones only one of which is safe from time to time, with an intermission that has you moving from safe zone to safe zone in rapid succession. With that out of the way there is merely some adds and debuffs going around sprinkled with some chain pulling aoe. All in all the fight was relatively straight forward as long as there always was a rune underneath the adds. Dormazain was no more and Garrosh broke free all ends well. 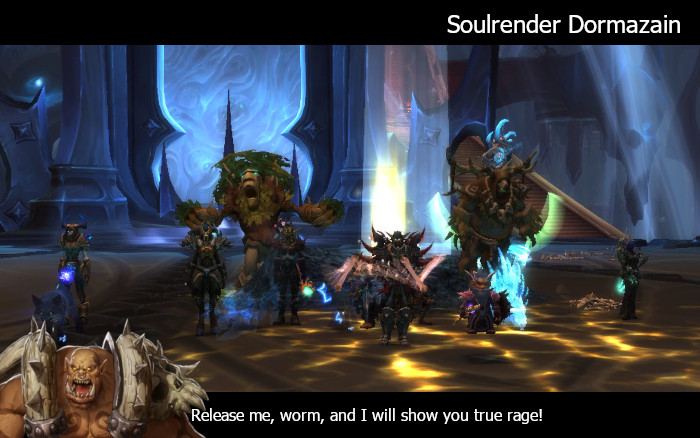