Painsmith Raznal is our "up to 4 traps" boss. At seemingly all difficulty levels painsmith at the start at least almost felt like a brick wall. Almost more akin to a 8-bit nintendo game: spike pattern dodge and rolling spike balls, the fight is quite high paced. After having to learn that up to 4 traps means 4 traps at all times ....always we struggled to find a right location and pattern to drop them. For us at least in phases 2 and 3 traps needed to be dropped across the spike line due to timings of mechanics. Once that was sorted it merely was a matter of ramping up the numbers and soon after Painwall Raznal lay in shambles. 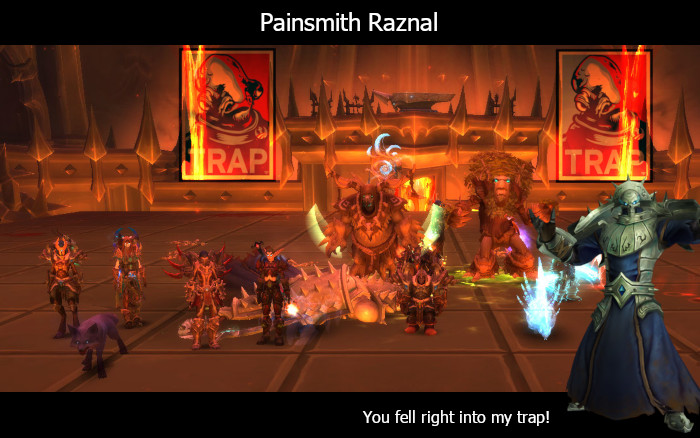