Guardian of the first ones

Guardian of the first ones

The guardian fight is the patchwerk encounter which is eerily similar to Sludgefist. After initially struggling with the positioning for the new tank combo mechanic: part single tank soak, part half raid soak and add a splash vinegar we settled on something that worked out fine. After seeing the damage output onto the raid we also adjusted where we used our healing cd's as we felt we were consistently falling behind. Once those issues were sorted it was merely a matter of pumping out the damage and guardian. His death clearly upset Bolvar as he would often run into the playing field staring into the distance and being quiet, very quiet. 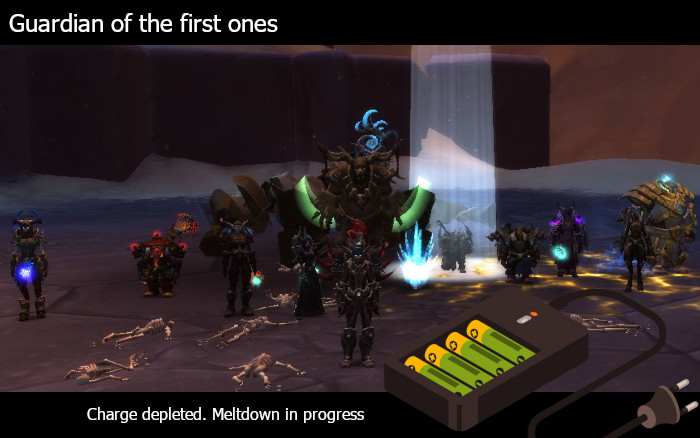