Holy mother of what is this madness. Fatescribe at its core isn't that complicated to get your head around. There is dodging a bad area, which is only shown for half of its shape. Then there is moving your bomb out of the raid and planting it somewhere safe. Aside from that there is A big tank add and many small adds that pop out of the big one once it's dead. So far so good were it not for the rings of fate. Roh-Kalo spins up some rings, lights some runes sometimes 2 sometimes 3 sometimes 4 whatever he is in the mood for seemingly. After having activated the rune bonanza he picks who gets the run about the place and spin their run into the appropriate socket going clock or counter clockwise. Once team "dad" had settled on a way to assign players we started making progress on the fight and soon after Roh-Kalo was put out of his misery. 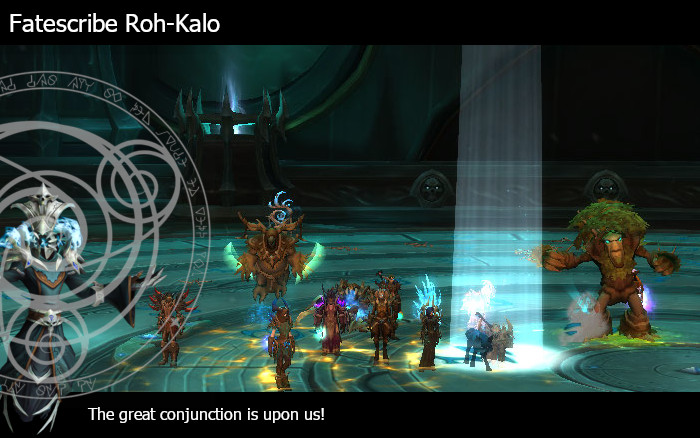