Kel'Thuzad and his philly, phally, folly, ....vase...., phylactery was next on the menu. A fight that slowly ramps up having the raid deal with a number of mechanics and adds while we kill his lich form. After having killed his lich form a small strike team enters his phylactery to start killing his humanoid soul. The fight has you doing this 3 times, each time adding more more numbers of the mechanics to deal with. Mostly struggling with unintentional glacial spike explosions and MANY SKELETONS HANDLE THEM we eventually got a grip on the fight bringing us to the last phase. The last phase has the room filling up with frost patches rather quickly meaning the split soak mechanic is rather quickly better to be ignored instead of handled in order to keep the burn up. This is dubbed the "fuck off and die" strategy which our token boomkin knows all to well. 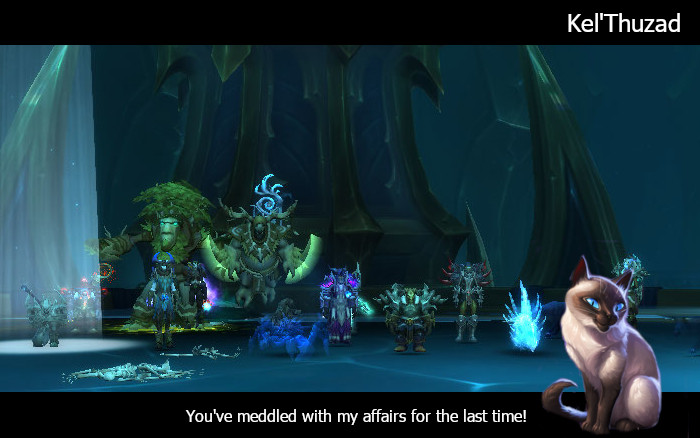